What is Staking , and Why Does it Matter?

Binance.com published an article titled “What Is Staking” In it, they state: Staking is the process of holding funds in a cryptocurrency wallet to support the operations of a blockchain network. Essentially, it consists of locking cryptocurrencies to receive rewards. In most cases, the process relies on users participating in blockchain activities through a personal crypto wallet. From the user perspective, staking is a way of being rewarded for participating in the network ecosystem.

Why stake on Ledger?

In the article Staking – Earn money while holding crypto assets on Ledger.com, the reasons listed are:

The Process Of Staking on Ledger

Currently, only Tezos and Tron are available to stake on Ledger Nano and Ledger Live.

How to stake Tezos on Ledger

How are Tezos Staking Rewards Earned

Rewards are earned by delegating tokens to be baked on their behalf. Baking
is what Tezos refers to as the action of signing and publishing a new block in the chain.

Only your baking rights to a validator: The XTZ you have stay on your wallet and remain yours. Ownership of your assets remain on your hardware wallet while staking via delegation and your staked Tezos assets remain safe.

How to stake Tron on Ledger

The article Staking Tron With Ledger Live describes the steps in detail.

Freezing is similar to putting money from a current account to a saving account. The more TRX you freeze into Tron Power (TP), the more votes you have. 1 TRX frozen = 1 Tron Power = 1 vote

Use your Tron Power to vote. You can vote and choose Super Representative (SR) candidates you want to support by using your Tron Power (TP). 1 TP = 1 vote for 1 SR. You can divide your votes between up to 5 SRs. The election is done through a 6 hours window voting cycle. At the end of each cycle, the 27 SRs receiving a maximum number of votes will be elected.

Super Representatives (SR) can set a reward rate. Depending on this rate, they will redistribute some of their earning to their voters. The voters can claim their rewards every 24 hours or they will receive it directly on their account depending on the SR they chose.

Staking cruptocurrency will become more commonplace as the future finance infrastructure is built. Hopeully, this guide will help you get started in understanding how you can state cryptocurrency yourself, and gain rewards. Additional articles to help with your research are below:

Is Staking still profitable as of TODAY? 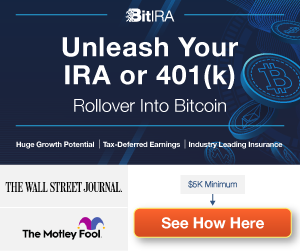 The opinions discussed here are our opinions and are not representative of the companies that create these products.
Our reviews are based on our own personal experience and research. It is our intention to explain products so you can make an informed decisions on which ones suit your needs best.

On this website we use first or third-party tools that store small files (<i>cookie</i>) on your device. Cookies are normally used to allow the site to run properly (<i>technical cookies</i>), to generate navigation usage reports (<i>statistics cookies</i>) and to suitable advertise our services/products (<i>profiling cookies</i>). We can directly use technical cookies, but <u>you have the right to choose whether or not to enable statistical and profiling cookies</u>. <b>Enabling these cookies, you help us to offer you a better experience</b>.